I host trivia a couple nights per week. I read the questions, I keep score, I play music. The music is my favorite part. Over the years I’ve amassed a huge collection of music—somewhere in the neighborhood of 50,000 songs. Trivia allows me to put that collection to use. I play the stuff you never hear in bars but always wanted to.

I have lots of regulars. Teams show up week after week, sipping on beers and whisper fighting over what year Britney Spears released her debut album or what gases make up the sun. Teams make jokes on their answer slips. Most of them aren’t very funny. But last week a team showed up who doesn’t play often and they kept me entertained with every answer. The team is called Little Dog Voice. They have a little dog and their voice is hilarious. So I present to you, in full, The Complete Harry Pupper Series as created by Little Dog Voice. Enjoy. 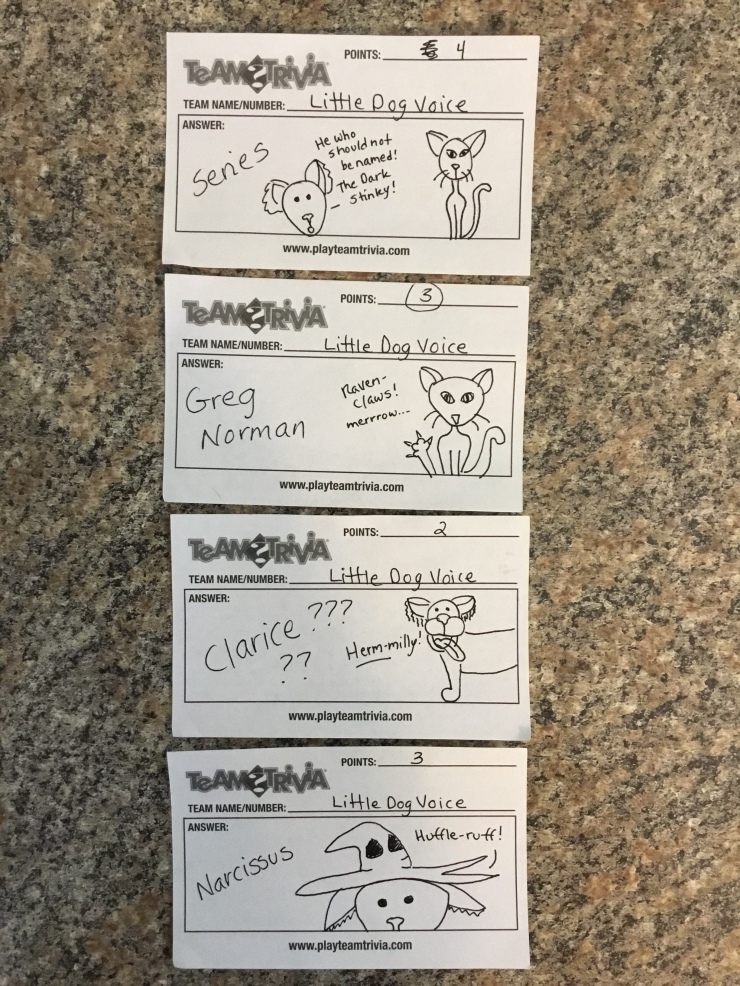 I host for Team Trivia, a nation-wide trivia company which can be found online at Team Trivia. Every Tuesday night at 7pm I’ll be playing music and asking questions at Sanctuary Brewing Company in Hendersonville. I can also be found at Hickory Tavern in Asheville every Wednesday night at 8pm.